Pregnancy and the Lap-Band® 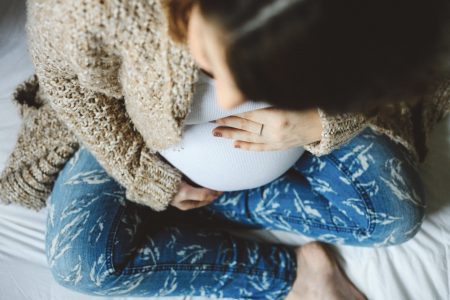 One of the main benefits of the Lap-Band is that it is a non-anatomy altering procedure. That means that there is no rerouting of the stomach or intestines. The procedure is performed laparoscopically and the band can be removed. It can also be easily adjusted. Some women choose to have their bands adjusted when they become pregnant, rather than removing the Lap-Band altogether. It is not recommended to have the band removed, as that can cause individuals to gain back the weight they lost.

Pregnancy and the Lap-Band

During pregnancy, there is a misconception that women should “eat for two” and double their food intake. During the first trimester, women do not need to eat more. During the second trimester, they should consume about 1,400 kilojoules extra and in the third trimester, about 1,900 kilojoules extra. This equates to approximately one small-sized meal per day. Some women may choose to loosen their bands during pregnancy to allow for the extra kilojoules. The Lap-Band can help with portion control during pregnancy. Pregnant women should speak with their doctors about the best option for their pregnancy and their Lap-Band.

This website uses cookies to improve your experience while you navigate through the website. Out of these, the cookies that are categorized as necessary are stored on your browser as they are essential for the working of basic functionalities of the website. We also use third-party cookies that help us analyze and understand how you use this website. These cookies will be stored in your browser only with your consent. You also have the option to opt-out of these cookies. But opting out of some of these cookies may affect your browsing experience.
Necessary Always Enabled
Necessary cookies are absolutely essential for the website to function properly. These cookies ensure basic functionalities and security features of the website, anonymously.
Functional
Functional cookies help to perform certain functionalities like sharing the content of the website on social media platforms, collect feedbacks, and other third-party features.
Performance
Performance cookies are used to understand and analyze the key performance indexes of the website which helps in delivering a better user experience for the visitors.
Analytics
Analytical cookies are used to understand how visitors interact with the website. These cookies help provide information on metrics the number of visitors, bounce rate, traffic source, etc.
Advertisement
Advertisement cookies are used to provide visitors with relevant ads and marketing campaigns. These cookies track visitors across websites and collect information to provide customized ads.
Others
Other uncategorized cookies are those that are being analyzed and have not been classified into a category as yet.
Non Necessary
Other
SAVE & ACCEPT